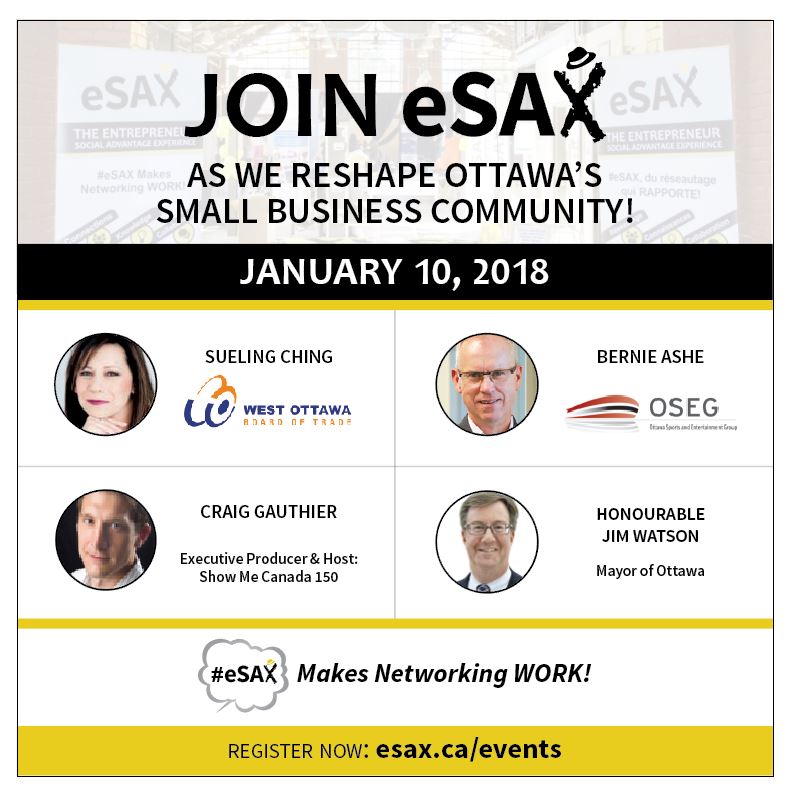 eSAX (The Entrepreneur Social Advantage Experience); is an entrepreneur networking community and tradeshow for small business to create connections, gain knowledge and promote regional economic collaboration among Chambers of Commerce and community/business leaders. Events are held every 3 months (January, April, July and October).

p.s., bring your enthusiasm and plenty of business cards!

Whats Up With The Fedora
Scroll to top