For our blog this week Jarrod shares his early experiences networking and some advice to new Ottawa business owners just starting to get out there and network. Believe it or not, we all started somewhere, and here is where Jarrod’s networking journey began: 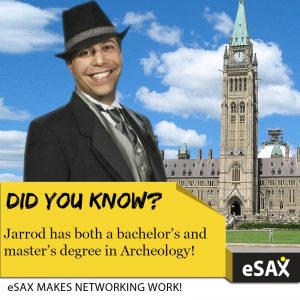 Looking back to when I first began attending Ottawa networking events, I really had no idea what I was getting into.

Growing-up, I never had an interest in anything to do with business, let alone entrepreneurship or networking.

In fact, I’d never spent much time among entrepreneurs and never had an ambition to run a business, let alone two!

The main reason I started frequenting entrepreneur networking events in Ottawa was to initially get gigs for Sax Appeal. This was my only motivation. After working so many short-term government contracts for too many years, my ‘wake-up call’ was that I needed to create my own future, rather than rely on others and the whim of federal government human resource practices.

When I first created Sax Appeal back in 2011, I realized I needed to network to get work since no one will ever consider hiring an all-saxophone ensemble for a wedding or cocktail reception. In effect, I was creating a new market and trending into un-tested waters. After playing and studying the saxophone for close to 30 years, I knew my trade and was entirely confident in my ability. What I didn’t know, however, was anything about business and networking ‘etiquette’. Having never associated myself with entrepreneurs, I didn’t know the first thing about networking.

What I did learn quickly, however, is to always have enthusiasm. I learned right away that people remembered meeting me because of it. Ask yourself what is one common characteristic other successful entrepreneurs have. Perhaps you will agree that it’s a genuine love of what they do.

Yes of course I was nervous when I was first starting out, sometimes thinking to myself “who is going to buy-into this unique kind of band?” The way I dealt with this self-doubt was to compartmentalize it and simply not dwell. My incentive was that I HAD to make Sax Appeal a reality since there was no way I would ever go back to working governmental contracts again. I started gaining confidence in the fact that I alone knew what I was offering better than anyone else in the world. Plus, hiring some of the best musicians in town, I knew the music quality to be second to none. Having complete and utter confidence in what I offered allowed me to exude genuine self-assurance that was easy for everyone to see. This alone was half the battle for learning networking skills since people have an uncanny knack for ‘seeing through fake’.

Another way I treated networking was to follow-up with every single person I met ASAP (something that I continue do to this day). I realized that almost no one is ever going to need my services at that exact moment, so in effect, I was purposely developing a long-term strategy so that when others need music, they would think about that sax guy with the fedora.

Like most people, I spent many hours drafting a 30 second elevator pitch and used to carry it around with me in my pocket. After the first few dozen networking events or so, I realized that it wasn’t necessary to turn every first greeting into a robotic ‘sales-pitch’. The more I listened to other people talk, the more it enabled me to ask questions. It was not until well after the first year of attending networking events in Ottawa did I realize the value of letting other people talk.

I quickly realized that the best form of marketing was face-to-face. Sure I use a ton of social media exposure, but nothing will ever compare to chatting in person, observing body language and developing a genuine connection with someone.

When I was in New York a few years ago and wanted to visit one of the most well-respected concert halls in the world I asked someone on the street how to get to Carnegie Hall. They replied practice, practice, practice. The same goes for networking events. Keep at it and you’ll get better and better.

Happy networking, and best wishes for all your business success!

Founder of eSAX and Sax Appeal 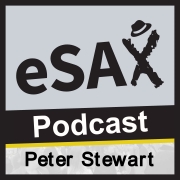 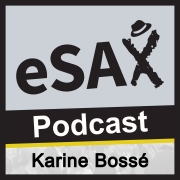 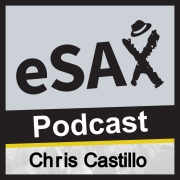 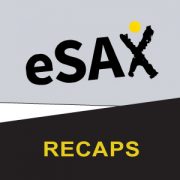 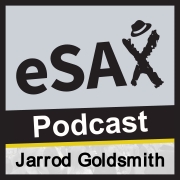